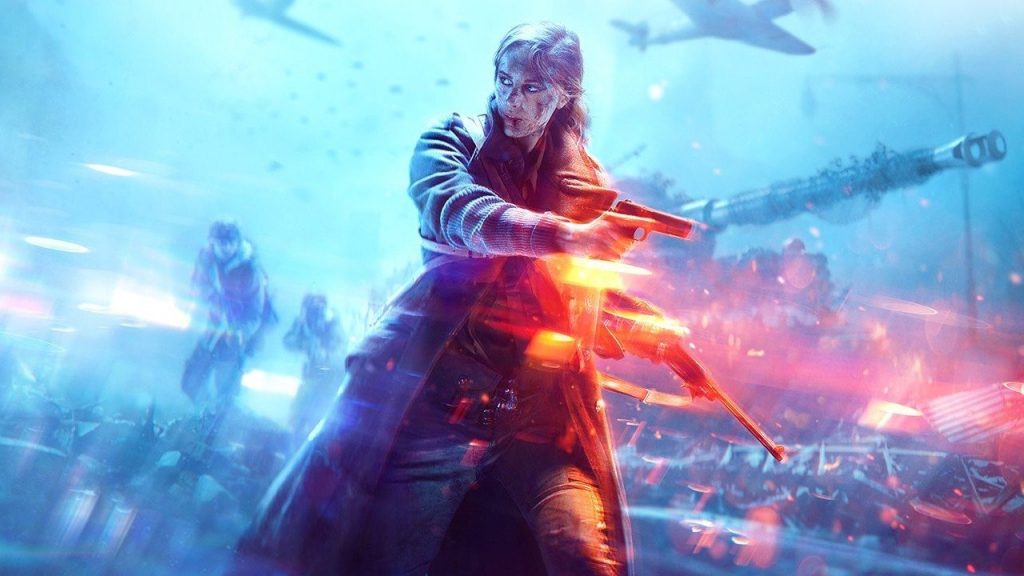 Battlefield 1 gave players prototype vehicles and semi-automatic rifles to fight across deserts and through jungles. The technological limitations of the 1910s made warfare feel like trying to douse a house fire with a cup of water. Your tools to fight often failed to fit the situation, but you dealt with it. It’s all you had.

Battlefield V, although a sequel (but numerically a not a sequel), doesn’t expand on Battlefield 1. The jump to the 1940s introduces a whole new set of better, more efficient WWII weaponry. Firefights mimic modern games as players spray automatic weapons down hallways.

Like many sequels, Battlefield V changed its foundation to improve the overall feel. Instead of improving, these changes revised gameplay in ways no one wanted. With sequels pressuring developers to evolve, some changes worsen the franchises fans grow to love. Games may change because idea seems better, even if the idea never needed changing.

DICE’s Battlefield games from the last decade made smart changes to class loadouts. I’ve discussed this before, but classes or roles in games need to feel fun on their own. No player wants to help other players succeed while their own performance struggles.

Battlefield 1’s medium-range weapons and healing items allowed Medic players to succeed in most situations. The rifles let players push pace with automatic, close-range guns, or stay back with semi-automatic rifles. The variety in equipment catered to all play styles. Throwing bandages and medical crates can become tedious, but your team depends on you.

Battlefield V reverts all class progress by turning the Medic class into the SMG wielder. Rifles shifted over to the Assault class, giving the anti-vehicle, explosives class the best all-around guns in the game. From day one, the Medic class in Battlefield V felt off. SMGs forced close quarter combat as weapons struggle to compete at medium range. Since SMGs eat bullets, you also run out of ammunition faster than any other class.

Although the most important of the four classes, few people play Medic. Underwhelming tools, like the smoke grenade launcher, do not improve score or performance. Instead, playing Medic puts you in a state of never-ending invulnerability. Your weapons work well in congested city maps, but forget about playing well in larger, wide open maps.

Unlike previous Battlefield class shuffles, I cannot explain or rationalize Battlefield V’s medic change. The Medic class, already a rarity in matches, got worse. DICE, too, knows the Medic struggle as well. They wouldn’t improve SMG range in the latest patch if everything worked as intended. The weapon change is a confusing decision, yet it aligns with the rest of the game’s inexplicable changes.

Unnecessary changes feel like larger issues when the rest of the game’s balance adds further frustration. Sniper inconsistency, LMG oppression and poor networking all amplify the other weird issues. Despite numerous delays, Battlefield V launched in a rough spot. Inexplicable changes feel so uncharacteristic of DICE, especially after following the unique, unmatched excitement when playing Battlefield 1.

Halo: Reach – Luck of the Bloom

Halo: Reach changed a decade of gunplay perfection by introducing one new thing – bloom. Found in popular games like Fortnite, bloom refers to the crosshair expanding when you fire your weapon. The faster and longer you fire a weapon, the more inaccurate your weapon becomes.

Halo weapon inaccuracy stems from the player skill, not from the guns themselves. When Bungie introduced bloom into Halo: Reach, it changed the entire DNA of the franchise. Players with precision aim and deceptive strafes saw their bullets land in random locations. Precision rifles didn’t feel precise. Even if players paced their shots and waited for the bloomed crosshair to close, no shot was a guarantee.

Bloom added randomization to franchise where gunplay produced reliable results. In competitive play, stray bullets decided your survival. No one asked for the change, and for a long time, Bungie did nothing to address community frustration. After years of complaints, Bungie removed bloom from Halo: Reach. Towards the end of the game’s lifecycle, it saw praise from the community. But the delayed response came too late. Players moved on.

Like Battlefield V’s Medic class, Reach’s bloom change falls into the category of “change for the sake of change.” It was an inexplicable alteration with no clear benefit or improvement to gameplay. Whether Bungie aimed to change gunplay, or grew bored of how Halo played, Halo: Reach felt devoid of enthusiasm. The sequel exhaustion bled into their maps built almost exclusively with the Forge editor. The maps felted rush and uninspired in a game prequel for a Halo franchise that millions of fans grew to love.

DOTA 2 is a hard game. After 1300 hours of play and more hours studying the game, I still suck. So many things need to go right to see some success. Sometimes, a loss results from your poor play, sometimes it doesn’t. With 10 players and so many changing variables, no one can control every match outcome. It’s so hard, no professional team ever repeated championship wins in The DOTA 2 International.

Since launch, the largest game changing update came with the 7.0 gameplay update. Valve’s giant patch reworked the map, altered hero skills and added a talent tree. The talent tree bolted on another layer of active abilities and passive buffs for each hero. The tree provides two options at set levels, which can provide changes like increased health or further attack range.

On top of knowing the shop items, hero abilities and map quirks, you must also learn the variations of the talent tree. Talent tree abilities change depending on the game situation. If you find yourself struggling against heavy physical attacks, then select the talent tree branch to provide extra armour. But the armour selection comes from an understanding of concepts such as: armour, magic damage, armour piercing and health. In DOTA 2, knowing what something does is never enough.

Huge additions like the talent tree changes the meta of popular hero usage. Players proficient with certain heroes might see their favourites struggle in new patch environments. I love to play Ember Spirit, but after the 7.0 update, he never felt the same. The community shifted away from items builds surrounding “critical hits” to items builds focused on “magic damage.” It changed how the character played. All the time I spent learning Ember Spirit item builds felt wasted.

A game with a high skill ceiling and steep learning curve doesn’t need increased difficulty, but Valve didn’t think so. New items, new heroes and new abilities already overwhelm casual players trying to learn the dozens of heroes. When I say casual, I think of someone like myself – someone with 1300 hours but does not play DOTA 2 for 12 hours a day. DOTA 2 does not allow occasional play. It requires a lot of your free time.

The DOTA 2 talent tree feels unnecessary and added in for the sake of change. But instead of encouraging players to learn the game, the 7.0 update left players frustrated. It changed the core progression of character leveling instead of refining lackluster characters or reworking specific abilities. Unlike Battlefield V, the 7.0 change update did not come from lack of new ideas, but from a misguided belief of improvement.

A clean slate entices radical adjustments at the cost of established, safer ideas. It’s a risk that developers need to take. And developer ideas should always challenge the norms – the experience teaches valuable lessons. Players always welcome change if a theory or thought process supports the change. Things like bloom, a mechanic the Halo community never understood, lacked reasons for change. Games need to improve and change with sequels, but sometimes, changes aren’t needed.