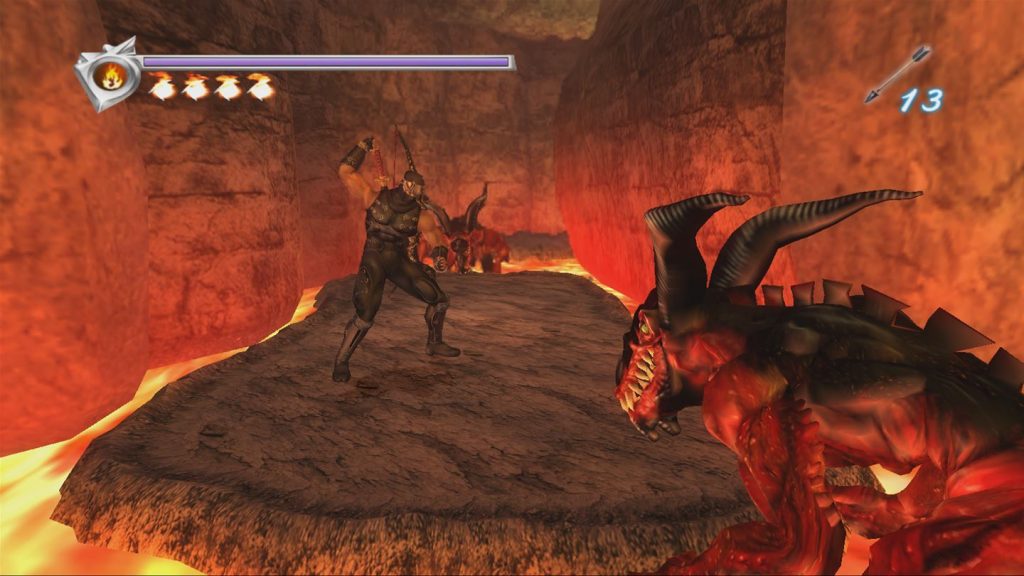 Most action games or hack-and-slash games use either dodging or blocking for defence. Ninja Gaiden Black lets you do both. The combination sounds like an obvious pairing, but developers often choose to focus on one.

Which defence mechanic seems like an insignificant detail, yet block mechanics prove unreliable and awkward during combat. Blocking, if not consistent and forgiving, ruins combat pacing. Dodge rolls or sidesteps provide a more reliable method to protect yourself. The subtle difference changes the entire feel of games, making dodging my preferred mechanic to protect the player.

Ninja Gaiden Black, an original Xbox game from 2005, revolves around well timed attacks and patient defence. Armed with a sword and shuriken, you take on ninjas, monsters and tanks. Multiple armoured vehicles and helicopters punish careless attacks and lazy defence. Ruthless enemies and stingy items make Ninja Gaiden Black the hardest game I have ever played. The consistency of its blocking and dodging methods carried me to the end.

Unlike most games, Ninja Gaiden Black finds a perfect balance between blocks and dodges. When you block, the stance protects you from all sides. Enemies behind or to the side won’t damage you. Many games with blocks require your character to face the direction of the attack. It makes sense, but the small window just outside the established block area feels random. One incoming diagonal attack may result in a block, while the next attack deals damage, landing just outside the allowed blocking window.

Ninja Gaiden Black gives you many options to escape a tough blocking scenario. While blocking, players can roll out, then combine it with high jumps, wall runs or diving slashes. Most games with blocks rely on the enemies to stop attacking. When enemies get tired or finish combos, then you can retaliate. This idea fails when fighting large groups. If enemies attack at different times, it puts you in an endless blocking stance. If cornered in a game like Metal Gear Rising, if you don’t parry, you’re dead. Enemies chip away at your health until you happen to escape the corner.

Standard block mechanics require an abrupt and unnatural standstill from the player. Your goal of defeating the enemy feels stunted by your requirement to stop and play defence. The anxiousness to clear out space diffuses your patience to protect yourself. The rush to continue attacking leads to mistakes and frustrating deaths. But with dodging, your momentum doesn’t stop.

In Bayonetta, evasion saves you, not blocking or parrying. Well timed dodges also activate Witch Time – a momentary slow-motion field. With the Witch Time reward, the game encourages last second dodges to assist your offence. You can dodge early for guaranteed safety or risk the timing to activate Witch Time. Enemies don’t take breaks. They hunt you until death. Bayonetta isn’t easier with unlimited dodges, but it is faster and overwhelming.

No More Heroes uses a block mechanic to supplement the main dodge. Blocks work well for stopping wide attacks or for deflecting distant attacks like guns. The ability to move and block feeds your offensive mindset. You block the shots, move in close and begin attacking the shooter. A block and dodge combination can work if the block exists to mitigate specific attacks. 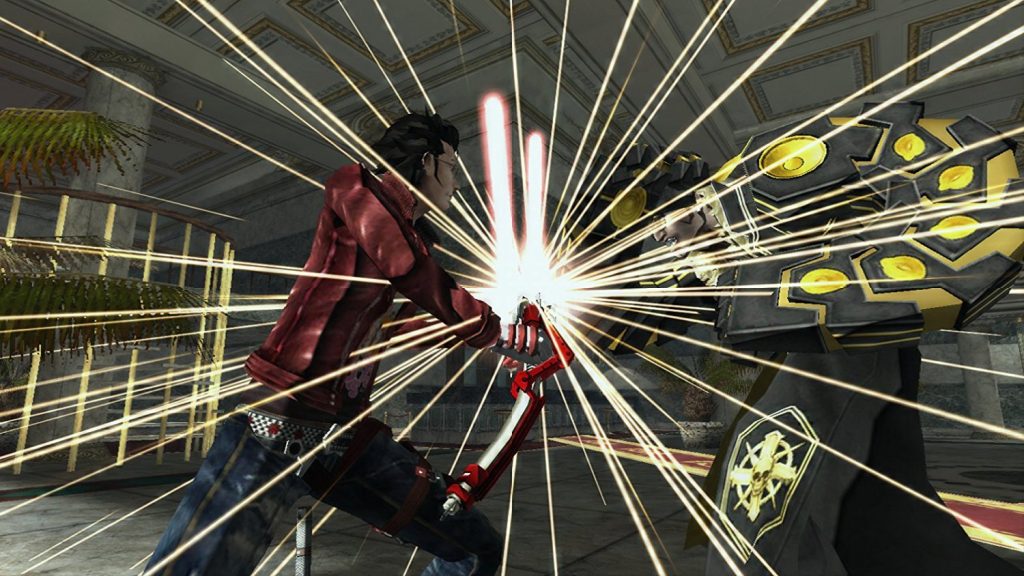 In difficult, animation heavy games like Bloodborne, rolls and back steps limit your safety. Since most players don’t block in Dark Souls games, Bloodborne removes the ability altogether. Dodging demands focus and patience in fights, so you need to choose safe moments to attack. Without a block however, ranged enemies feel cheap and difficult to manage. Unlike No More Heroes where you can deflect bullets, you feel exposed in Bloodborne. It turns into an approach of endless rolling and diving behind cover. Few abilities or weapons help close the large gaps.

While dodging provides the most reliable, natural way to defend, blocking supplements player actions. Ranged attackers feel invincible when your dodges fail, so a secondary method helps. But blocking mechanics fail when you force the player to stand still. Even worse, if the block requires some sort of correct positioning, it feels random and unreliable. Few games match Ninja Gaiden Black’s implementation of both blocking and dodging. Unless developers include a free moving blocking system with reliable results, they should avoid it.