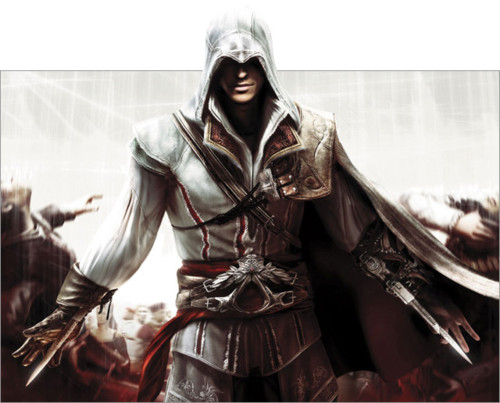 Before the release of Assassin’s Creed back in November 2007, people were full of anticipation and could not wait to get their hands on what seemed to truly be a next generation game. When it finally released, many were left disappointed and kept saying to themselves, “What if Assassin’s Creed had this…?”. Can Ubisoft Montreal actually take advantage of the potential that many gamers saw, or is Assassin’s Creed 2 just another disappointment?

Unanimously, the game breaking fault in Assassin’s Creed was the extremely repetitive mission structure. Finding clues, assassinating your target and running away from guards, is not enough to keep someone progressing, but the extremely fun free running and somewhat unique story kept the user to coming back for more.

You play as Ezio Auditore Di Firenze during the Italian Renaissance, and you are part of the wealthy family who helps run the banks. With a plot filled with conspiracy and secrecy, it’s up to you to set some things straight. On the surface, Assassin’s Creed 2 is not much different from its predecessor. With the improvements of the notoriety system, mission structure, combat and weaponry, a lot of the annoyances from Assassin’s Creed are gone and made the experience so much smoother.

Limited to only one armor set in Assassin’s Creed, the sequel offers a wide variety of weapons and armor that you can buy from stores. You can personalize your apparel through tailors who offer different colors of dye.  Florins can be are earned through the upgrades for the town where your villa is located, which provides a profit from the money you spent in renovations. With these great additions and a larger variety side missions, there is much more to do without even touching the main story for hours on end.

As an assassin, it makes sense that the best way to eliminate a target is to draw the least amount of attention to yourself, and also avoid hand to hand combat. Assassin’s Creed 2 helps you to achieve this by adding special moves to your arsenal, such as jumping off a building and landing on your target with your blade through his neck. For those times where you are spotted by guards, you can pull out your sword and be just as effective but it’s at the cost of being boring. Fighting a group of guards works fine, but you will find yourself just smashing the attack button and waiting for the opportunity to counter kill.

Travelling from Florence to Venice to Tuscany, you notice the distinguishing architecture of the city, and all its historical buildings.  When you come across a specific church, house or person, your database will update and give you a brief historical description. With appearances from Leonardo Da Vinci, characters need to sound convincing which Ubisoft has done a good job with. Assassin’s Creed 2 is all about atmosphere, and seeing the carnival, steering a gondola and listening to Italian chatter, makes you feel are closer to Italy.

Assassin’s Creed 2 a has a great narrative and at times it feels like it’s being stretched a little too far, but the plots events and twists help develop the coherence in the story. With the repetitive gameplay completely gone and a cliff hanger ending, it’s hard to imagine what more can be done in Assassin’s Creed 3.