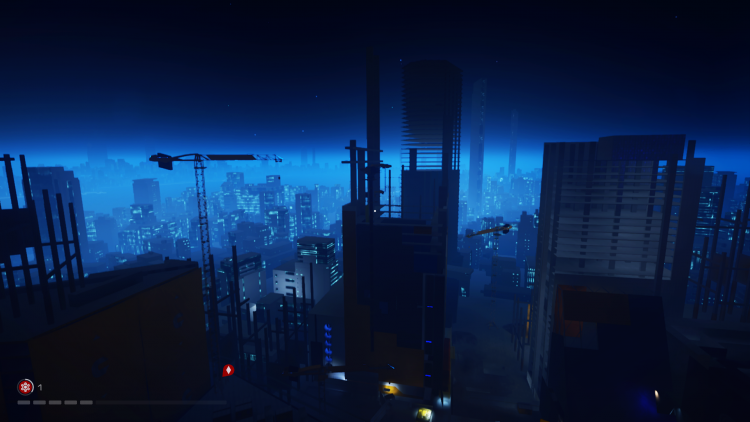 When DICE revealed Mirror’s Edge Catalyst, the shift from linear parkour to an open-world didn’t matter. I waited eight years to play another Mirror’s Edge and nothing would stop me. As I slow my sprint through the City of Glass, I also stop to understand the purpose of an open-world. While Catalyst recreates the awe of free-running parkour,I don’t credit its huge city for discovering that feeling. The main character, Faith, still runs regardless of the world around her. Without tying her movement and mechanics to the landscape of rooftops, the space leaves a void between the focal points of a game.

Grand Theft Auto V (GTAV) haunts me with the dozens of lost hours spent driving. Whether you play a mission, go to a mission or explore away from a mission, you spend way too much time driving. With such a large open-world, cars speed up travel. Rockstar doesn’t give you a better option for fast travel besides a paid taxi ride. And since many missions require some sort of vehicle to even trigger the event, why bother fast travelling with a taxi. Despite an elaborate heist story, GTAV’s best use of city exploration and travel is to plop you in a car.

I don’t hate cars in open-worlds because games like Forza Horizon 2 make the travel more than a means to reach the races. As you drive to your destination, you extend skill chains, trigger speed cameras and destroy bonus boards. All of these actions reward your driving and improve your driving skill. Unlike GTAV, Forza Horizon’s driving interacts with the open-world. Drivers feel their cars skid across grass and crunch down gravel. Your customized car reacts to the open-world during exploration with the advanced physics engine, whereas GTAV lacks the dynamic car feel. Even outside of races the experience feels the same in Forza. On foot in GTAV, the interaction lacks the story focus and objective of the main missions.

Increased interaction with an open-world improves with fewer restrictions. If you walk or drive through a city, your sensory experience remains as what you see and hear. Buildings and structures, often not enterable, supplements your vision sense. At most, a building looks cool. In Infamous: Second Son, a building becomes an object to use with your super powers. If a supermarket blocks your path, scale the side and use the roof to glide over to the next building. Once low on neon or smoke powers, building signage and chimneysmoke refuels your powers. Environments used to refuel powers or help traversal ties the open-world to gameplay instead of filling space between missions.

You need the environment to climb and maneuver in Mirror’s Edge and Infamous, but climbing alone can’t entertain the space of an open-world. Catalyst fails to replicate how Infamous ties your effectiveness to the whole environment. The environment in Catalyst won’t stop you from reaching the objective. The wide space allows for multiple parkour routes, though developers already design linear levels with multiple routes in mind.

Without your effectiveness depending how you use the surroundings, an open-world won’t matter.Catalyst lacks significant, noticeable improvement with the hundreds of boundless rooftops. If I sail across a sea, drive across a field or run across buildings, the space between my objectives wastes time. The space becomes a void between what I care about, like a flight to a vacation spot. No one wants to fly for hours; they want to arrive at the destination.